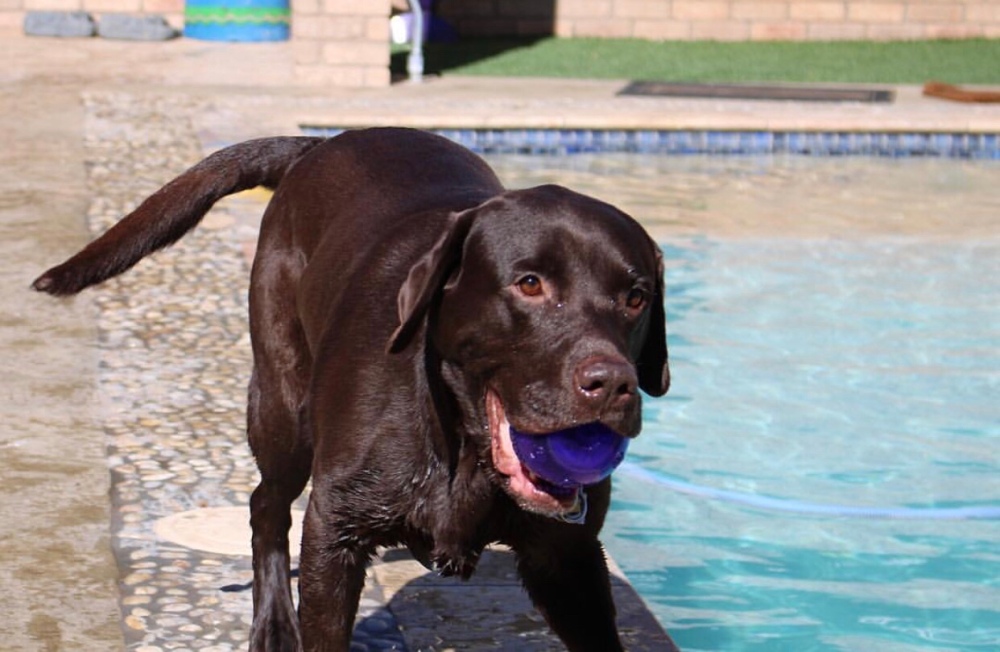 Having a senior dog is hard. Really really hard. It’s the hardest stage of a pup’s life to have to deal with. It’s the absolute hardest part of being a fur parent. No, not because they’re too sick, or too grumpy, or too expensive, or not playful enough, or they sleep too much, or any other “reason” I’ve read on countless intake forms at county shelters. Having a senior dog is so very hard because it’s the moment you realize your time with your best friend in the whole world is finite. Your baby is no longer a baby. It’s been difficult (to say the very least) for me to see Tango as as anything other than a puppy. He turned 9 this year. He’s officially been a senior dog since he was 7 but it wasn’t until this year that we’ve seen his age catch up to him. As of next year when he turns 10 he will be classified in veterinarian terms as geriatric….*deep breath, long exhale*… that’s a lot for me to take in. I still see him as the hyperactive, over-stimulated, Tasmanian devil he was when I brought him home at 10 weeks old. 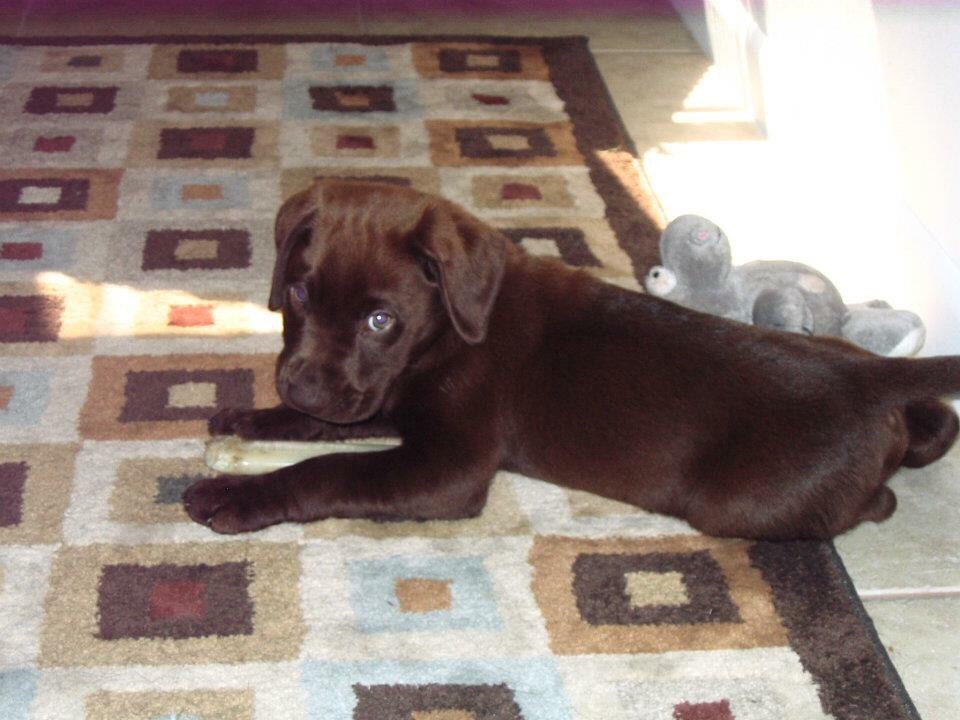 High energy does not even begin to describe his level of… ummm… we’ll call it “exuberance”. For a anyone that is up to date on Tango’s Story, you know he has some behavioral issues. I haven’t tackled the genesis of those issues in this blog yet but I promise I will. It’s an emotional journey that we’ve been on and it has taken me a while to put it all into words. For now I’ll just say burning off that abundance of energy was a key factor in helping him stay focused and maintain an even keeled temperament. When we lived on a lake in Boca Raton I had several “fetch” playlists on my iPod. I’d sit on the little island in between the canal and the lake, listen to my music, and use the chuckit ball launcher to play fetch with Tango for up to two hours. Sometimes longer.

I used to joke that Tango will die before he ends a game of fetch. Even after 2 or more hours we’d go back to the house and he still wanted to play. It was never ending. If we could harvest that energy from him we could power the world for at least seven thousand centuries. He once played so hard at his Auntie’s house that he tore his hind paw pads from launching himself into the pool. (OUCH!)

But don’t worry, he received an abundance of TLC while he healed. 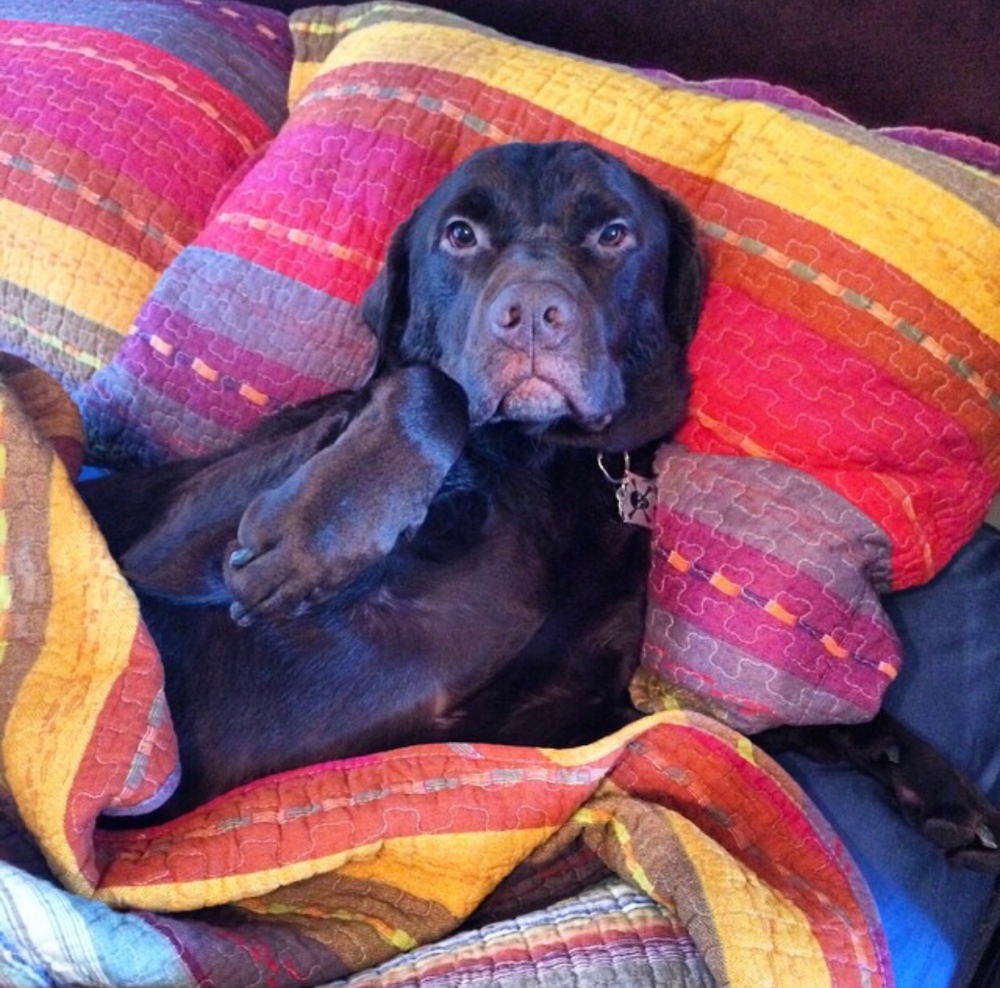 Plus he even had his own concierge attendant. Nothing but 5 star service for this guy! (thank you, Uncle Gary)

And when we weren’t on the lake or at a pool, he was running free on the beach. His life has been full of fetchies and running wild with the heart of a true athlete.

But that changed last month. My husband and I sat on our patio ready to play a good round of fetch with our trio. As usual Tango was “winning”. After three throws he ended the game. And I mean ended it. He didn’t just stop playing. He took the ball and went back inside through the dog door and that was that. Cash and Whiskey remained in the yard with anticipation of more fetchies. My husband and I sat in bewilderment as it sunk in that Tango was not coming back outside.

After nine years all his hyper behaviors have certainly slowed down, but in small increments so that it has been barely noticeable to me. For someone on the outside looking in, it was probably very noticeable. But at nine years old he was still flying through the air. He was still launching himself into the pool. He was outrunning and out maneuvering our two much younger pups. He could swim faster, jump farther, leap higher.

So I wish I could say I saw it earlier. I wish I had picked up on the subtleties of his decline. I did not. One morning after a particularly long day of swimming, he was not himself. He could barely move. It was abundantly clear he was sore from the previous day but it was more than that. It took a few days to recover. On top of that he was increasingly grumpy. He not only didn’t want to spend time with the younger pups, he didn’t want to spend time with me. My super duper dependent furry shadow with separation anxiety didn’t want to be constantly on top of me. Knowing he was in pain at this point was of course clear. We gave him buffered aspirin, bone broth, and glucosamine until his vet could see him. But knowing how long he was in pain up until that moment is not so clear. After some x-rays and a thorough examination we know that Tango has osteoarthritis through out his body and significant degenerative joint disease in his knees.

ALL THINGS IN HINDSIGHT

How did Tango tell me he was in pain?

• He stopped playing as hard and for shorter bursts: It was subtle and I didn’t pick up on it.

• He slept more: He is THE BEST cuddler and nap champion so I freely accepted that his laziness was merely a desire to spend more time cuddling with me.

• He was grumpy: We had a new puppy. Puppies are annoying to dogs. And as a general rule Tango always gives me the cold shoulder in protest when we bring in either a new foster or new addition to the family.

• Our walks were easier: He wasn’t pulling. He wasn’t barking at strangers. It was easy and in my mind I thought finally we’ve reached that point where we can have a relaxing walk.

In short, I missed all the signs that he needed help. I can only see them now in flashbacks of regret. I can dwell on that and beat myself up or I can learn from it and move forward and make him as comfortable as I possibly can. For now we’ve found a regimen of glucosamine chews, anti- inflammatory meds, and weekly injections that seem to be easing his pain and giving him a second wind. But there is no magic cure. This could be temporary. There are still going to be bumps in the road. What’s working today may not always work. And this is a degenerative disease so we’re going to have our ups and downs. Some days are going to be grumpy days. Some days are going to be more painful than others.

No matter what I try to make sure my dogs are living their best lives. His days of running hard and wild may be fewer, but his life still holds the same worth whether he spends it in the pool or on the couch or in bed. His best life now may look different but it’s still going to be the very best I can give him and he is still going to be loved unconditionally. What’s important is that we give his life quality and that he’s happy. 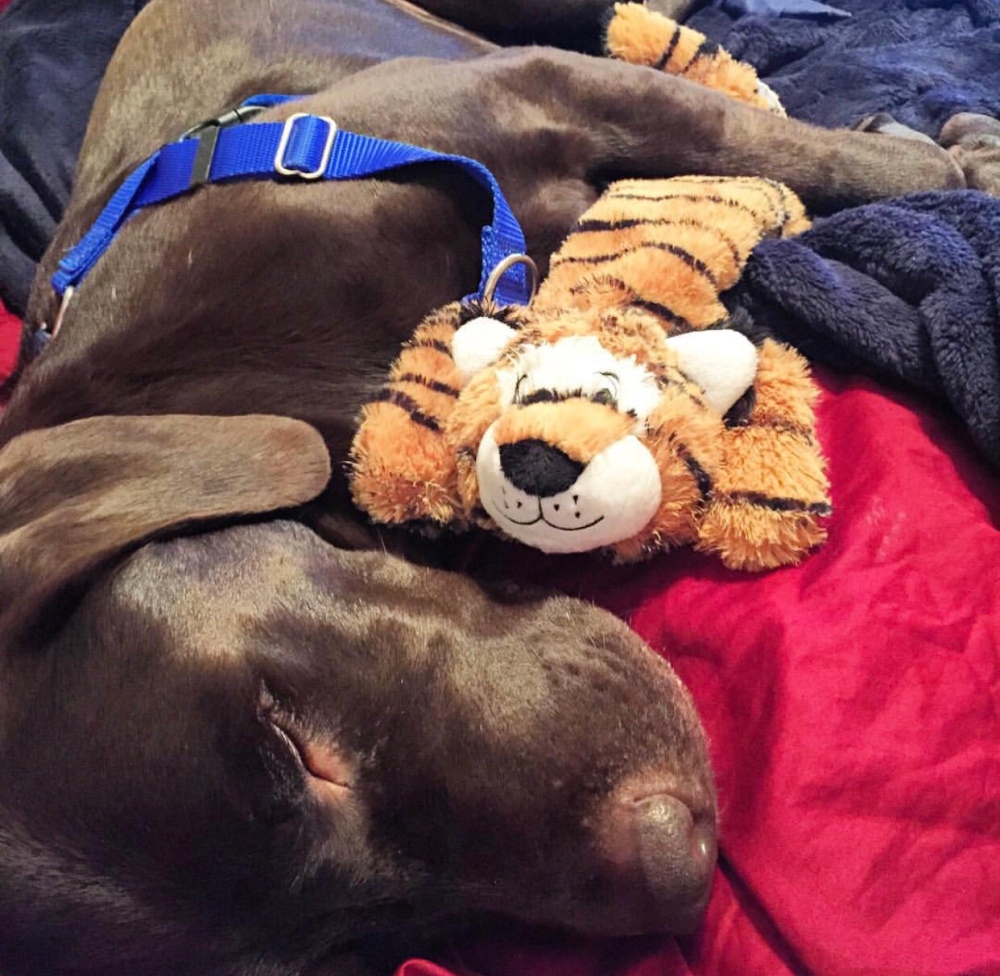 I MUSTACHE YOU A QUESTION

Are you ready to take care of a senior dog? When you get a puppy, or adopt a shelter or rescue dog, are you prepared for the long term? The very very least we can do for Tango right now is pay approximately $80/month for his pain and inflammation medicine. And that’s just for one medication. And there will be more vet visits. There will be more time dedicated to him making sure he is happy and pain-free. If more people knew (or cared) that dogs, just like people, need more medical care as they age we might have less senior dogs being dumped in shelters. They are not disposable. They give us all their love and loyalty and they trust that we’ll take care of them. And they are worth whatever it takes to do that.

I know that we’re just in the beginning of what’s to come with Tango. His arthritis will inevitably get worse. On top of that we will be going back to his vet for a mass in his chest cavity. It could be something and it could be nothing. I can’t think of all the what ifs right now. We’ll cross each bridge when we get there. Today I just need him to be loved, happy, and comfortable.

I am a dog mom, zombie lover, Netflix addict, Bravo junkie, yoga enthusiast, dark chocolate aficionado, beer connoisseur, and master procrastinator. My days are filled with dog fur, tail wags, and fetchies. I love sharing the (mis)adventures and shenanigans of our crazy fur crew, from the laughs to the tears to the unconditional love a dog gives. Our house is full of funny bunnies, wiggle butts, and boo bears. It’s a dog’s life here. View all posts by barkingmadlab